Matcha literally means “powdered tea.” In Japan, originally it has been used to aid in the practice of meditation. Matcha is rich in a rare amino acid known as L-Theanine, which creates alpha waves in the brain  – a state of relaxed alertness. This is about focus and attentiveness without the side effects of being  over-caffeinated.
Another health benefit comes from a potent antioxidant called Epigallocatechin gallate (EGCg) that exists in quantities up to 20 times that of other antioxidant-rich food.

Finally, matcha helps to lose weight as it increases the body’s at-rest metabolism.

Blend all ingredients in a blender until smooth. 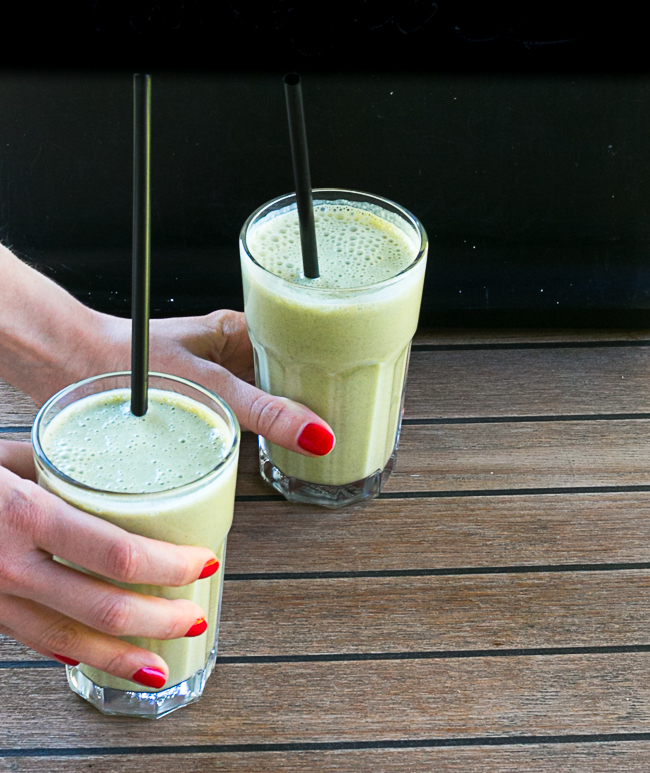