That’s how we started (picture below). With a slightly completely adjusted Ottolenghi recipe in order to veganize it…
We knew that probably the little cakes wouldn’t come out like in the photo of the cookbook, but having in mind the delicious Tuscanian chocolate cake with a similar ratio of ingredients we began the experiment. 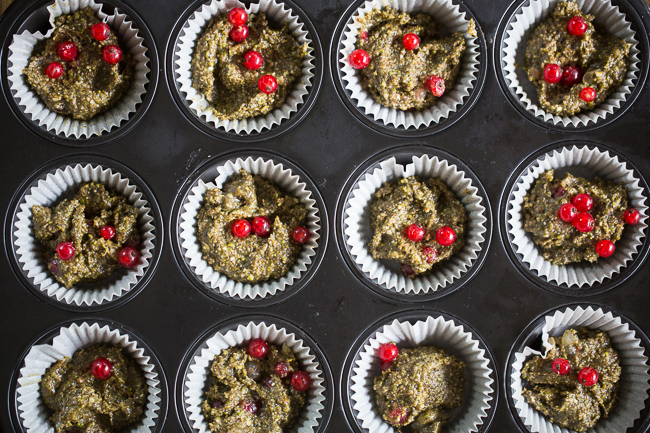 The result after 20 minutes in the oven? Very crisp, very oily, utterly flat (let’s say concave) uhm.. tarts?!? Hard to name a thing that had never been seen before. We ate 2 of them with coffee; the flavour was great, but not great enough to ignore the ugliness and oiliness. After much consideration we only saw one solution, to combine the whole mess and make a new dough. Final outcome, hopefully: cookies. So we decided to go ahead by adding more hemp flour, by re-kneading, re-forming and re-baking. 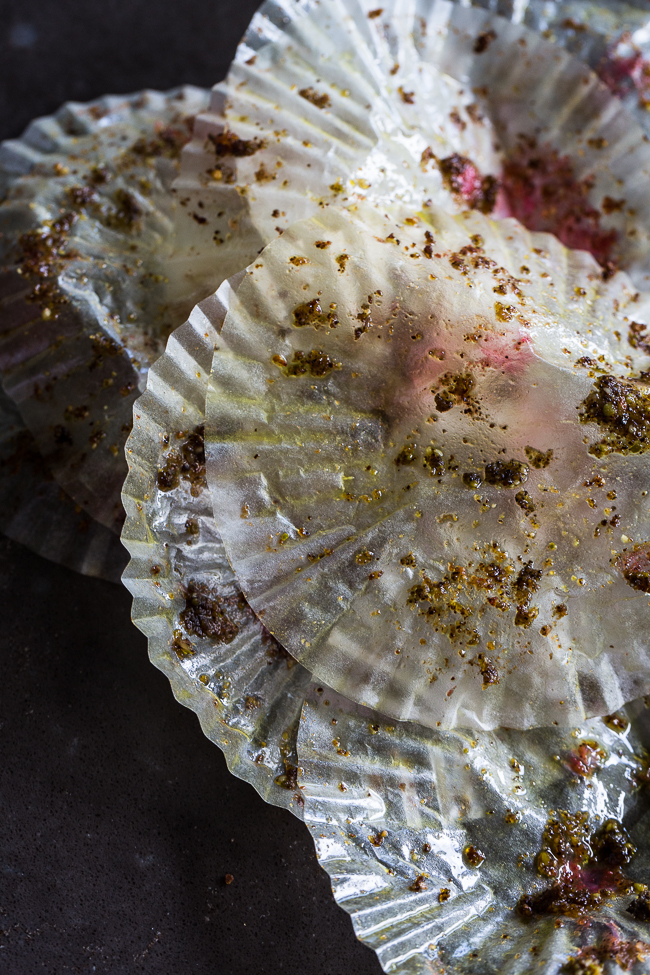 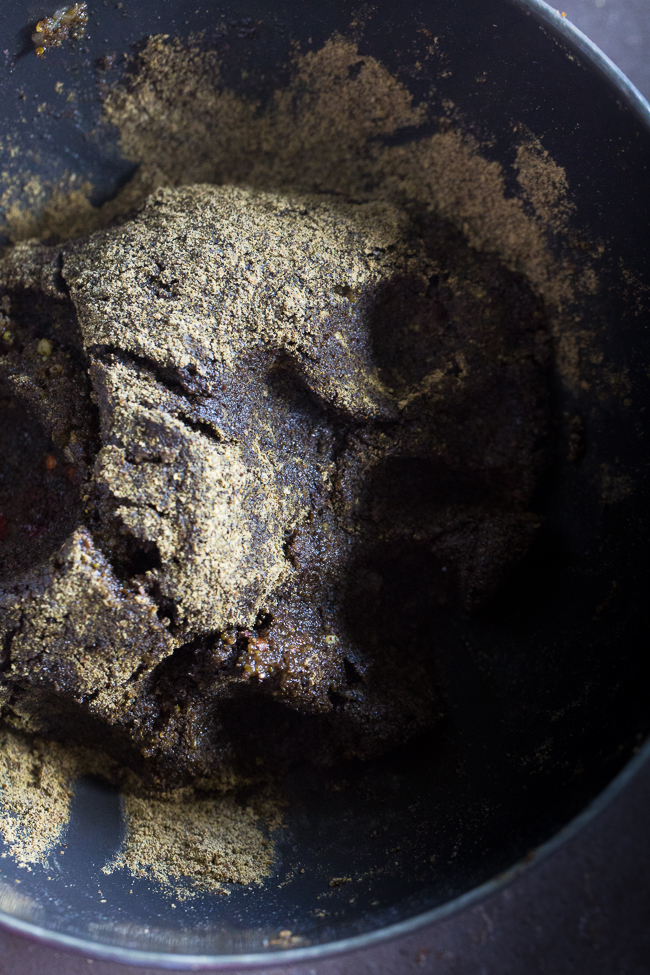 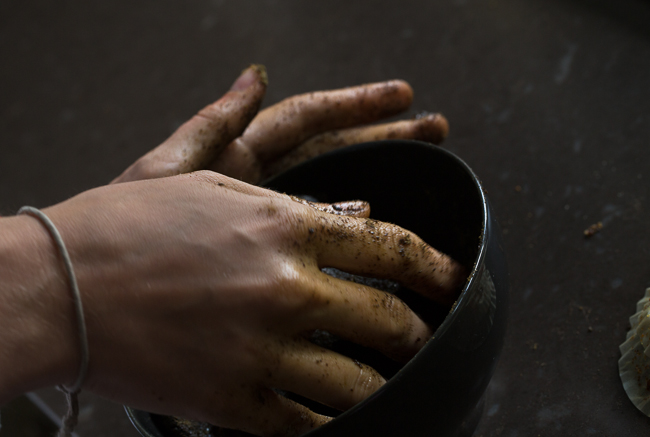 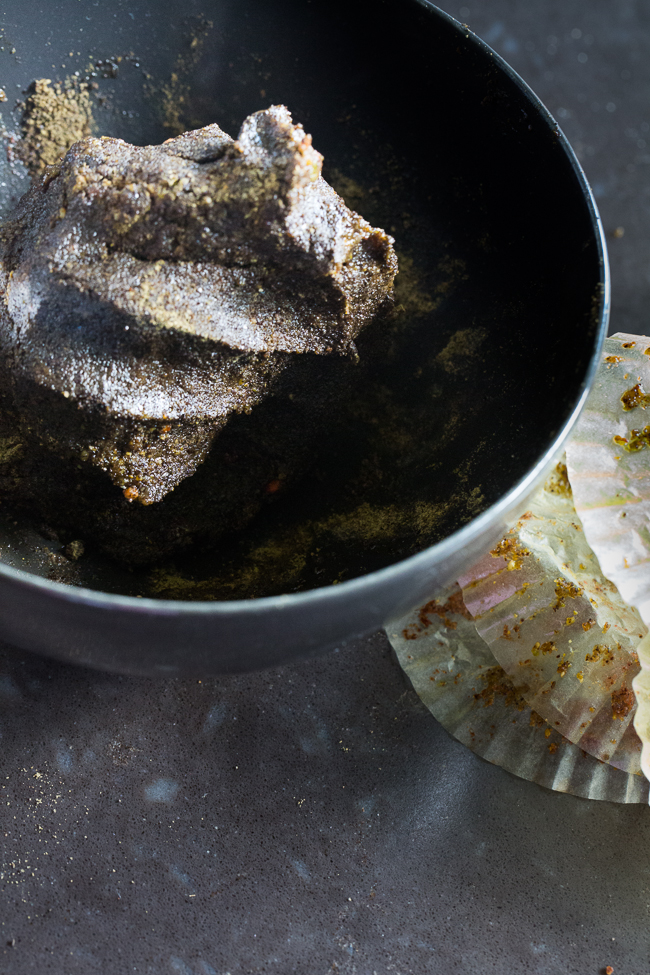 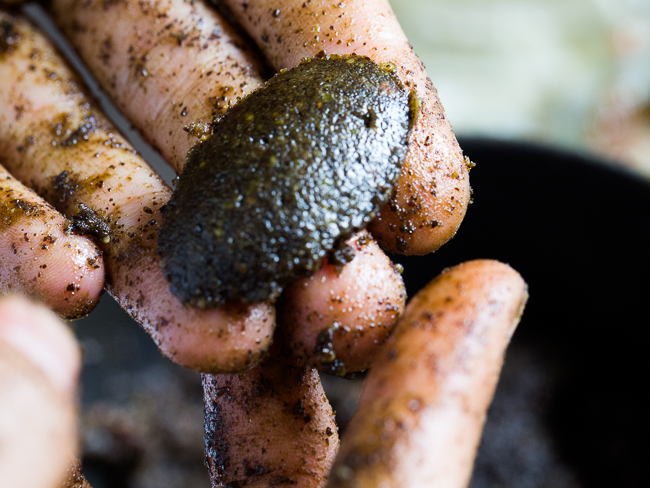 Put the nuts, flour and sugar into a food processor bowl. Work to a coarse, bread crumb like texture. Fill it into a mixing bowl and mix it with the coconut oil, lemon zest and mashed banana. Work it with your hands to combine. Finally fold in the red currants.
Let it rest in the fridge for 1/2 hour. Form little gnocchi or Matterhorns. 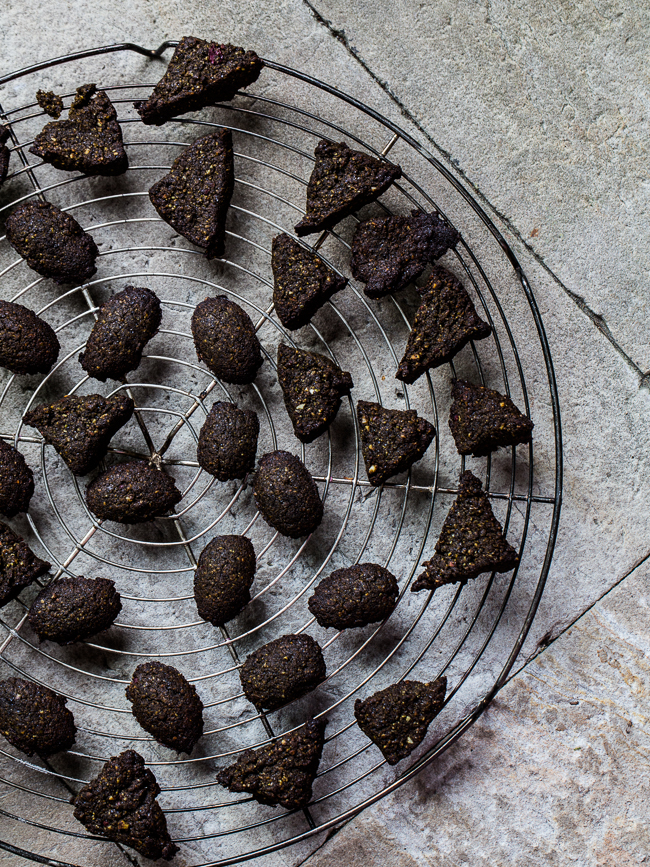