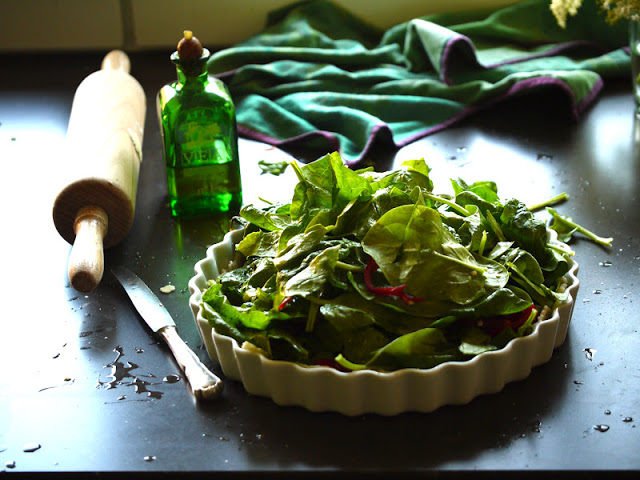 In her vegan cookbook “The kind diet” Alicia Silverstone shares a great pizza recipe we often prepare in our own kitchen:  Radicchio Pizza with Truffle Oil. Actually I don’t like either of the components (radicchio is just so bitter and truffle oil so strong and predominant), but in this very composition it’s genious.

For the original recipe you need:

For the spinach and bell pepper variety you need:

Lately I tried a variety of Alicia’s original recipe. Instead of heaping sliced radicchio on the pizza crust I took fresh spinach leaves and finely sliced red bell pepper.

I dressed the spinach and the bell pepper with salt, pepper and olive oil, scattered it on the pizza crust and then put it into the preheated oven at 200°C. 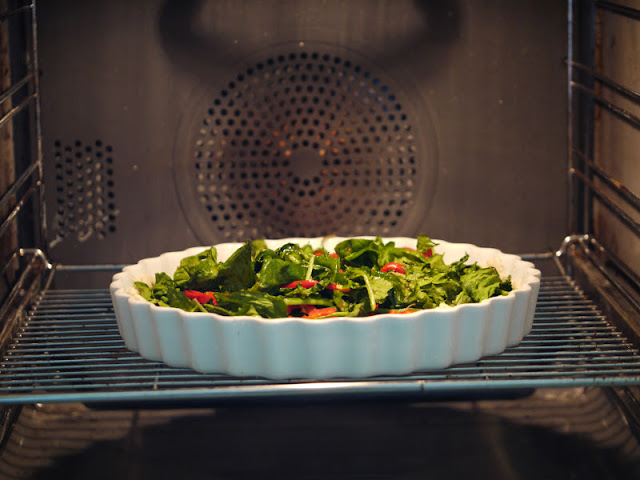 After about 15 to 20 minutes, when the crust has turned golden and the spinach is smooth with crispy tips, the pizza is ready. It is best when served immediately! 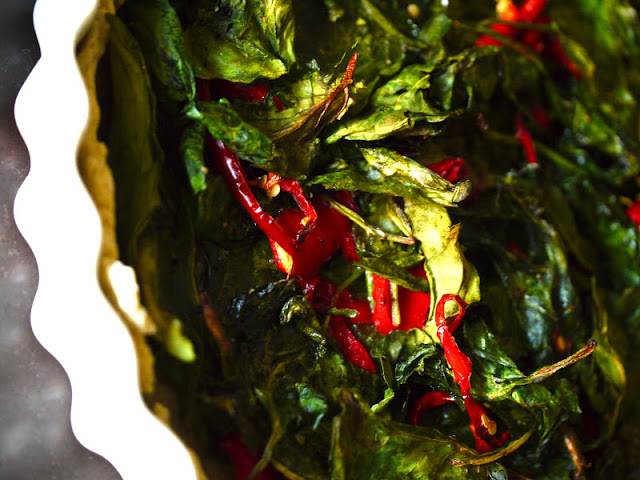 In case you like  to prepare the original radicchio pizza, it is essential that you first toast the pizza crust, then you add the dressed radicchio only for the remaining 3 to 5 minutes until it is warm and just starting to wilt.